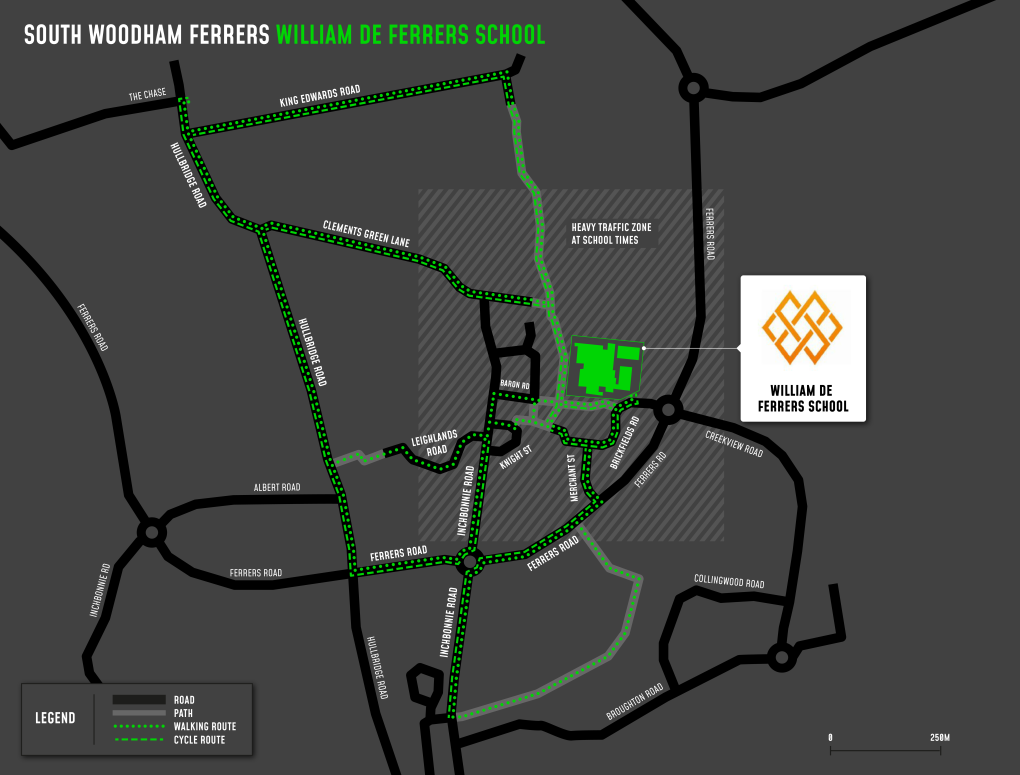 Getting to and from William de Ferrers School

William de Ferrers is in the middle of quite a small town so it’s very accessible. There are pavements on both sides of the main road approaching the school from the south. There is a zebra crossing on Inchbonnie Road from the east and a completely off-road footpath from the north.

The main roads near the school are straight, meaning the sight lines are good for all road users. The path to the north of the school is completely off-road, with a line down the middle dividing it for cyclists and walkers. It allows anyone from the north of the train line direct access without any bridge or level crossings.

William de Ferrers is next to the main set of shops in the town so there are frequent buses arriving on the school entrance. These come from all over town, as well as from the nearby villages, like Bicknacre, Latchingdon and Mayland. Asda, around 200 metres from the school entrance, is the primary stop, with shelters and seating.

South Woodham Ferrers station is under a mile walk from the school, mostly along quiet residential roads. The station is on the branch line from Wickford to Southminster, and stops at Battlesbridge, North Fambridge and Burnham-on-Crouch.