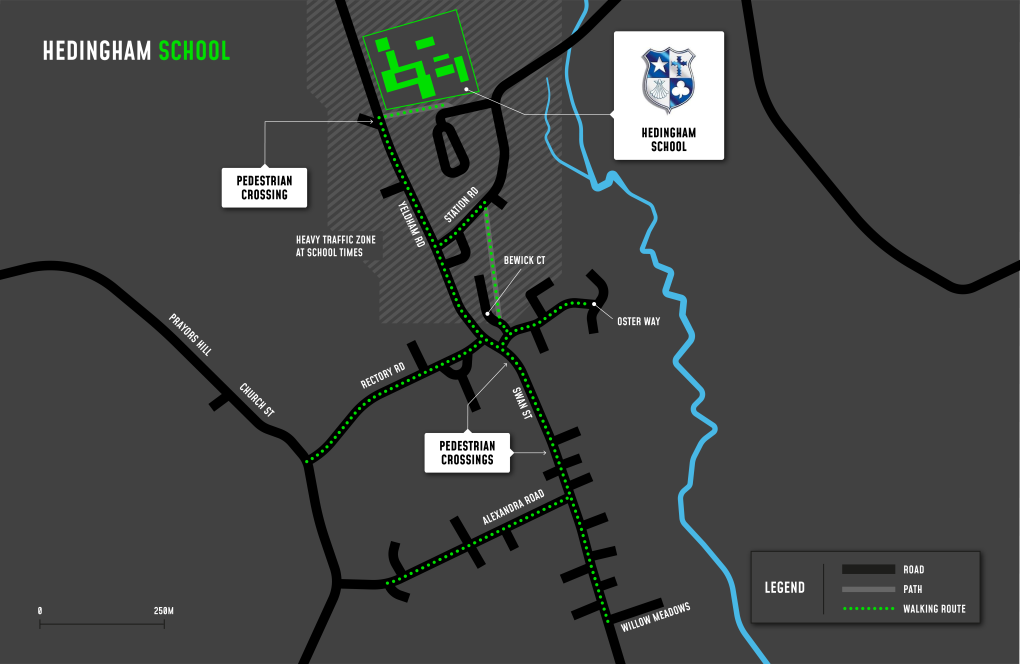 Getting to and from Hedingham School and Sixth Form

Hedingham School is at the end of a small cul-de-sac on the edge of Sible Hedingham. It’s near to Castle Hedingham so it’s walkable from either village, with pavements all the way. There’s also a pedestrian cut-through from Yeldham Road, meaning walkers can avoid having to go the long way round. The main road through the village has many pedestrian islands to aid crossing.

There are plenty of good off-road cycling tracks following the river Colne, from one end of Sible Hedingham to up  near the school. There are also plenty of off-road tracks passing through the village itself. This means cycling is the quickest way to get to school from many areas of the village.

Public bus services are available between Great Yeldham and Braintree which pass through both Hedinghams and Halstead. A lay-by adjacent to the school means students who travel by bus can be dropped off or picked up right outside the school.