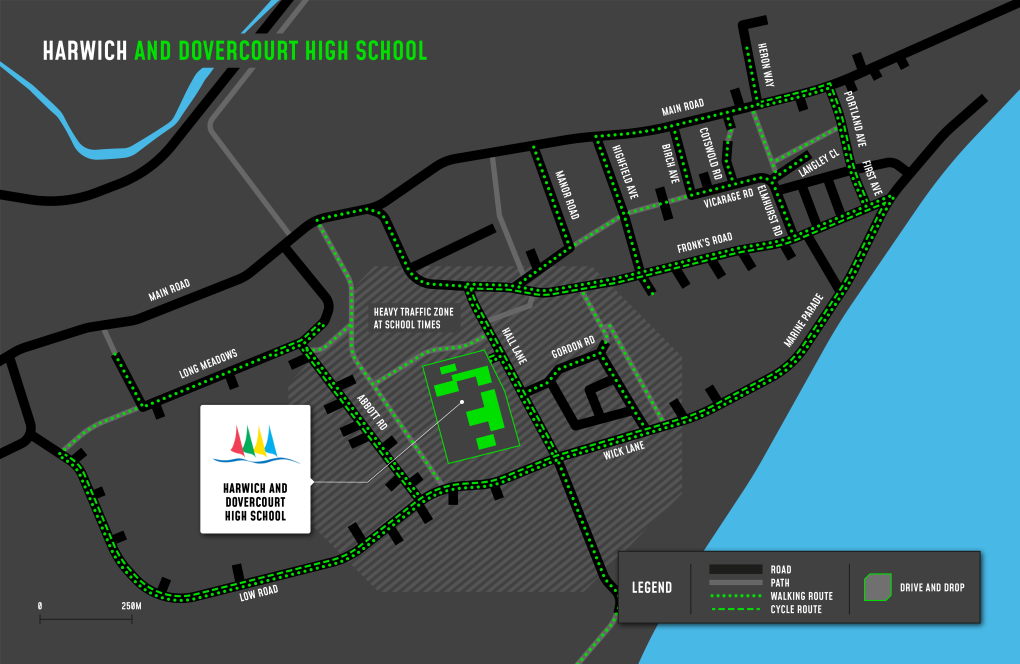 Getting to and from Harwich and Dovercourt High School

Harwich and Dovercourt are the start point for an on-road cycle route. It passes along Wick Lane and Low Road, only a couple of hundred metres from the school entrance. Hall Lane, which the school is on, is straight, making the sight-lines good for safe cycling.

The school is very well served by public buses. Most of the services for all of Harwich and Dovercourt go either right past the entrance or within a couple of hundred metres. These link the different parts of the town but also some of the outer villages like Great Oakley and Wix. There are bus stops on both sides of the road directly outside the school.

Harwich and Dovercourt High School is just over a mile walk from Dovercourt station, which provides direct trains along the coast to Wrabness, Mistley and Manningtree. Greater Anglia offer discounts on train travel for students at some schools, talk to staff about this.