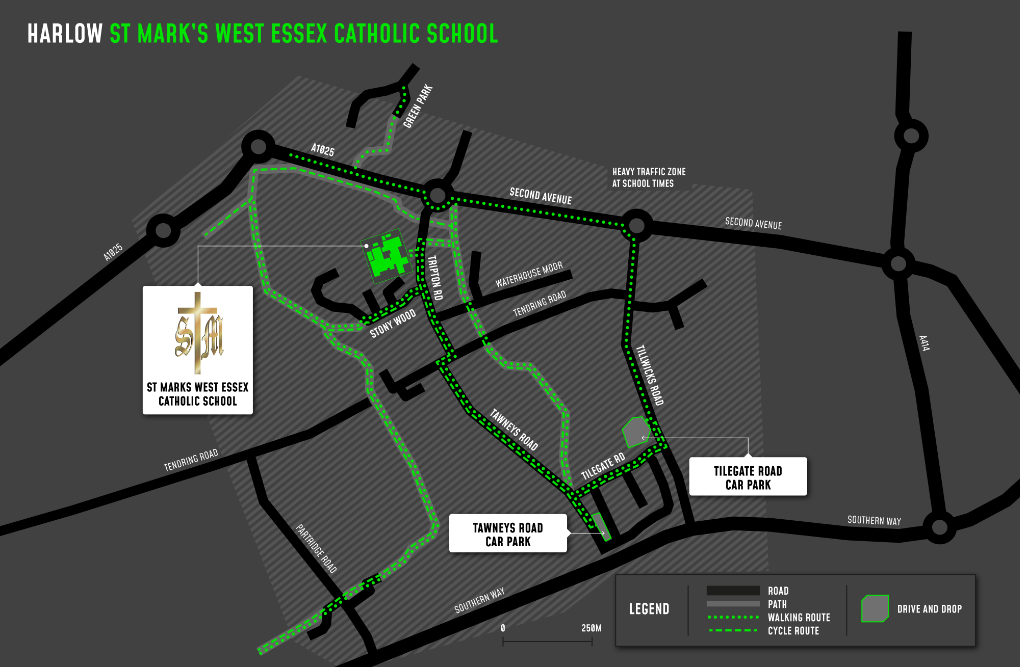 Getting to and from St Mark’s West Essex Catholic School

Harlow, including Tye Green where the school is, is very well served by footpaths and short-cuts. There are many footpaths cutting through the housing estates, plus you can use a short-cut footpath through the park behind the school to get directly into the town centre.

As with walking, Harlow is well designed for cycling. Although Tripton Road doesn’t have its own cycle lane, there are many off-road cycle tracks, cutting through Tye Green, alongside but separated from Second Avenue, and via the park behind the school. The school features on the Harlow cycle map.

Tripton Road has a single bus service, which runs in both directions between Latton Bush and the town centre. Second Avenue is extremely close to the school and has a large number of bus services. Harlow bus station is less than a mile walk away.