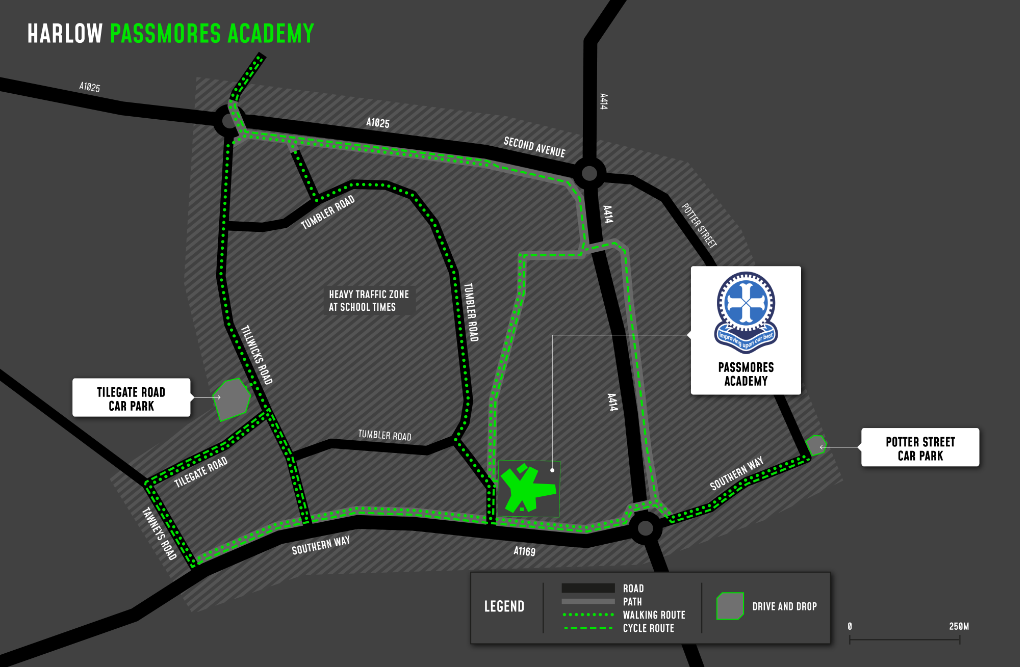 Getting to and from Passmores Academy

The academy and surrounding area is very well served by footpaths and short-cuts. Tracyes Road has wide pavements on both sides and a zebra crossing right outside the front the academy. Traffic lights right next to the academy on Southern Way help people cross the main road.

As with walking, Harlow is well designed for cycling. Although Tracyes Road doesn’t have its own cycle lane, there is a cycleway alongside Southern Way in both directions on the academy side of the road. There’s also an off-road cycle path heading north from the academy, linking up with the rest of the Harlow cycle network, including into the town centre. The academy features on the Harlow cycle map.

Tracyes Road has a single bus service which links the outer suburbs with the town centre. Southern Way is extremely close to the school with a large number of bus services.