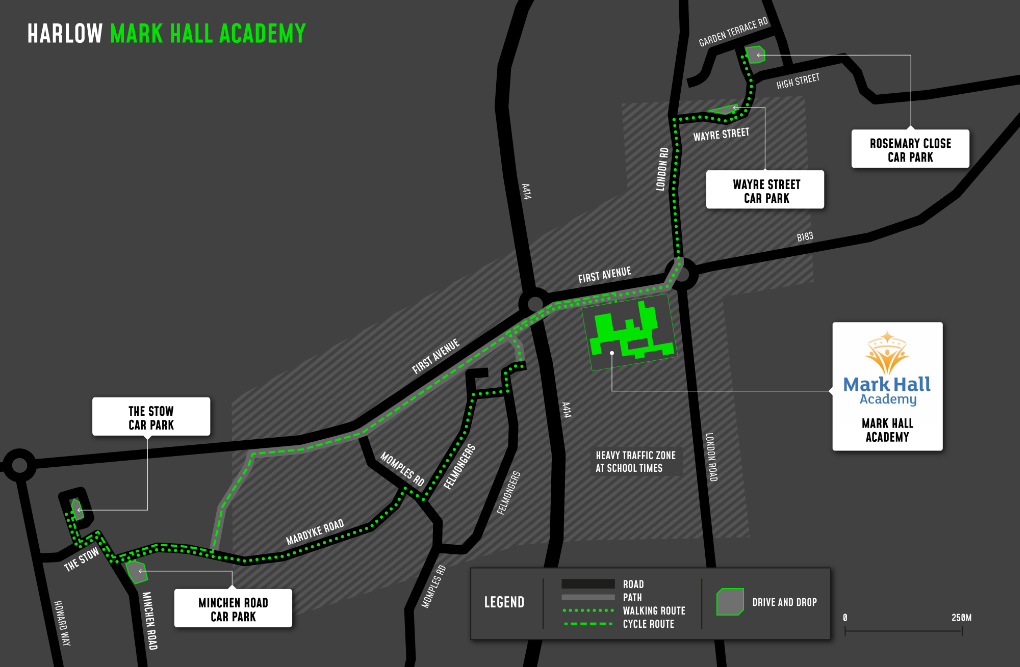 Getting to and from Mark Hall Academy

Heavy traffic at drop off and pick up times is usual. We recommend avoiding roads within roughly 1000 metres of Mark Hall Academy. This includes First Avenue, Mardyke Road, Wayre Street, Momples Road, Felmongers and the smaller roads attached to them.

From the North – walking only

From the West – cycling only

From the west – walking only

As First Avenue is one of the main roads into Harlow, a large number of buses go past the academy. Some stops have shelter and seating, and shortly after passing the academy the road has a bus-only lane, meaning you can drive past static car traffic.

It is an approximately 1.6km’s walk to Harlow Mill train station, heading through Old Harlow. The station is on the London to Cambridge line and will suit students living near any of its stations. Greater Anglia offer discounts on train travel for students at some academies.

Looking for advice, top tips and guidance on how to get the most out of walking and cycling? Whether you’re looking for a more scenic cycling route, or an excuse to get out, there’s something for everyone.

We’ve pulled together maps, apps and travel hacks to make it easier and more enjoyable to travel sustainably. Hit the button to learn more.