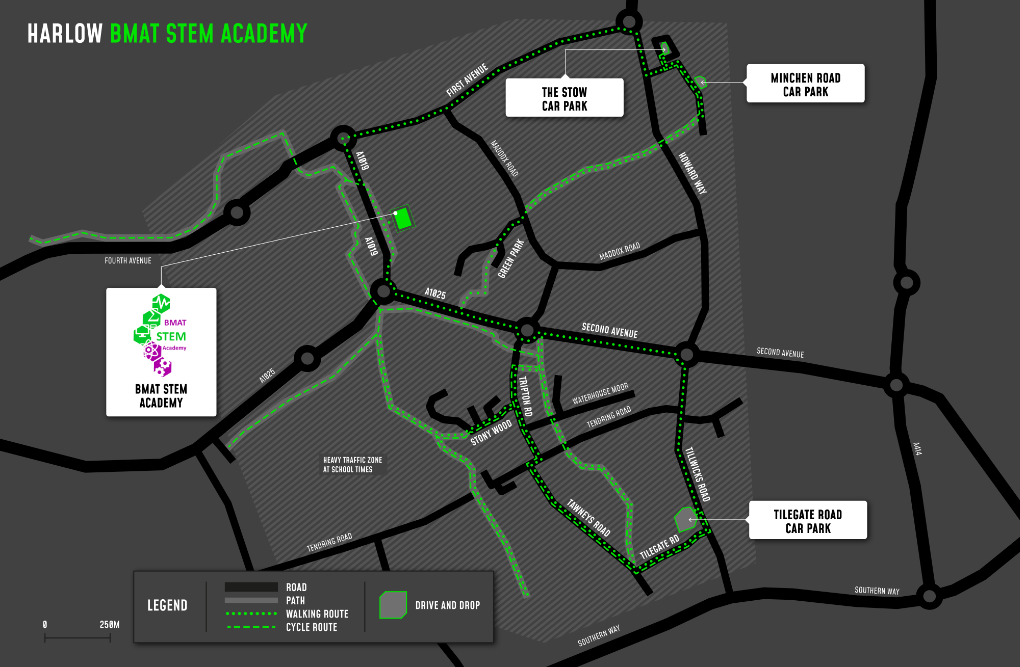 Getting to and from BMAT STEM Academy

The academy and surrounding area is very well served by footpaths and short-cuts. There are many footpaths cutting through the housing estates and separate walkways alongside the main roads into town. There is an underpass under Velizy Avenue from the town centre.

As with walking, Harlow is well designed for cycling. Many of the main roads mentioned for walking have fully separated cycleways, providing the opportunity to glide past the traffic. National Cycle Network Route 1 passes from east to west through Harlow, just a few hundred metres from the school. The academy features on the Harlow cycle map.

A number of buses pass through the town’s bus station and stop opposite the academy on Velizy Avenue. As this is main hub for buses in Harlow, it’s ideally placed to benefit the academy. It has shelter and seating, as well as interactive screens telling you how long before the next bus service will arrive.

Harlow train station is approximately a mile away. The station is on the London to Cambridge line and will suit students living near any of its stations. Greater Anglia offer discounts on train travel for students at some academies.