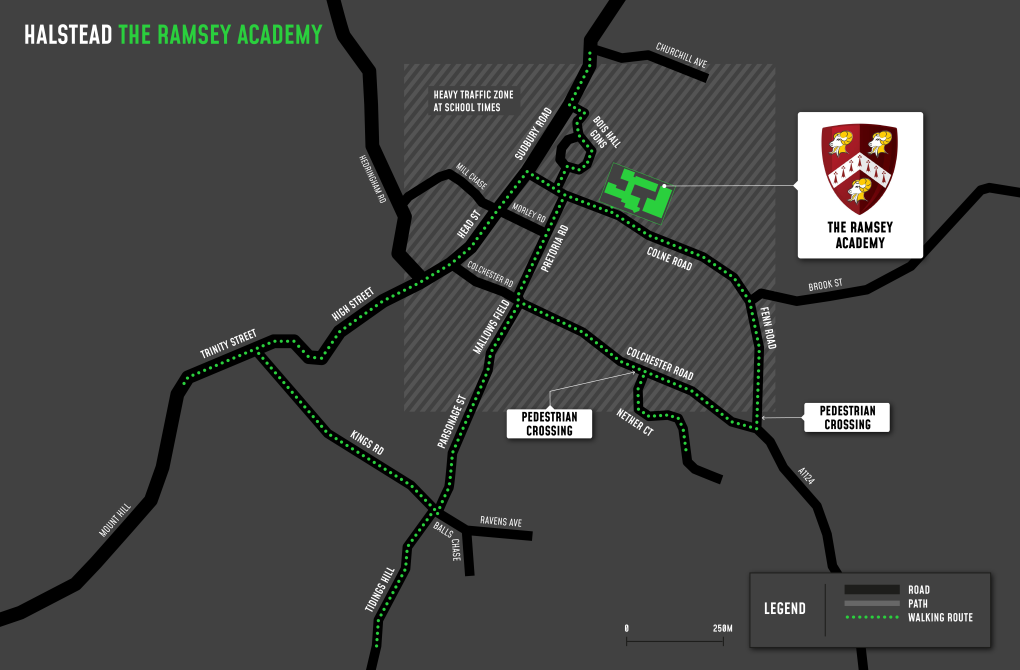 Getting to and from The Ramsey Academy

Although The Ramsey Academy is on the northern edge of town, Halstead is a very small place. The academy is very walkable from anywhere in the town. All the housing estates in the town have footpaths meaning it’s a maximum of about 1.2 miles to school from the furthest houses. The footpaths mean the majority of students living in the town can avoid the busiest road on their walk in.

Lots of the cut-throughs in the residential estates in Halstead are tracks which serve as cycle paths. Again, they allow students on bikes to avoid the busier roads and, given how small Halstead is, it’s almost certain that cycling will be the quickest way to get to the academy. The long straight roads approaching the academy from the town centre mean cyclists are highly visible to drivers, making cycling much safer.

The school has a bus stop directly outside its front gate with services to  nearby Gosfield and onwards to Braintree. Well under a quarter of a mile walk from the academy, on Head Street, are plenty more services. These serve Braintree and in the other direction to Sudbury, taking in plenty of the smaller villages along the way.