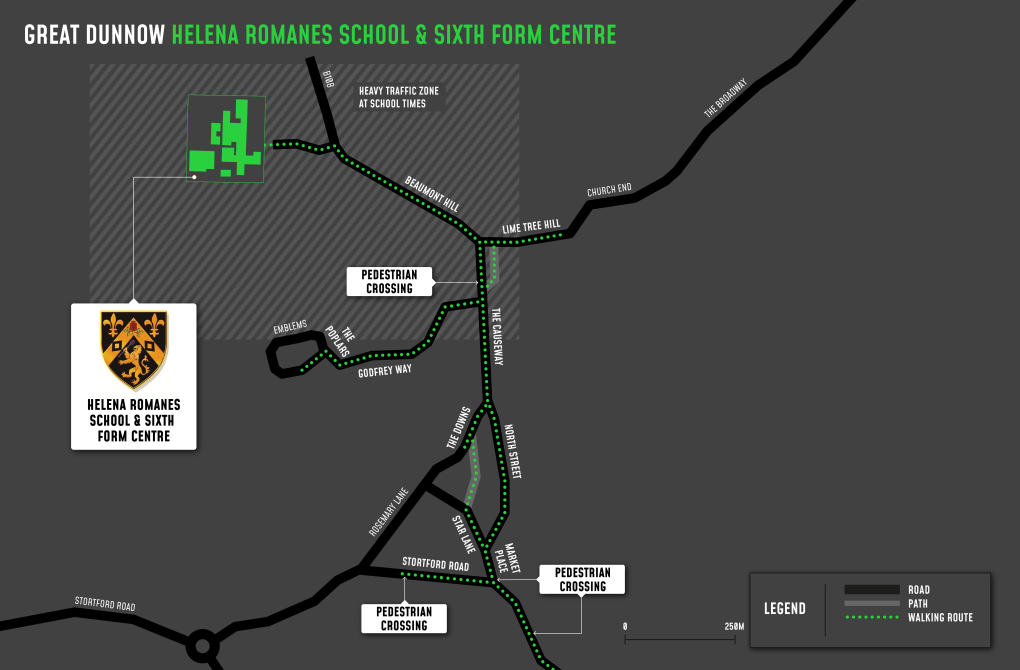 Getting to and from The Helena Romanes School & Sixth Form Centre

Although Helena Romanes is on the northern edge of town, Great Dunmow is a pretty small place. The school is  walkable from anywhere in the town. The parks and green spaces all have footpaths through them, meaning the very furthest houses in town are less than half an hour walk away. The majority are much closer.

The footpaths through the undeveloped area double as cycle tracks, meaning that to a large degree the main road can be avoided by those cycling to school. Given how small Dunmow is, it’s almost certain that cycling will be the quickest way to get to school. The fact that the town is on the Flitch Way, a well-known cycle route from Braintree to Bishops Stortford, is an added bonus.