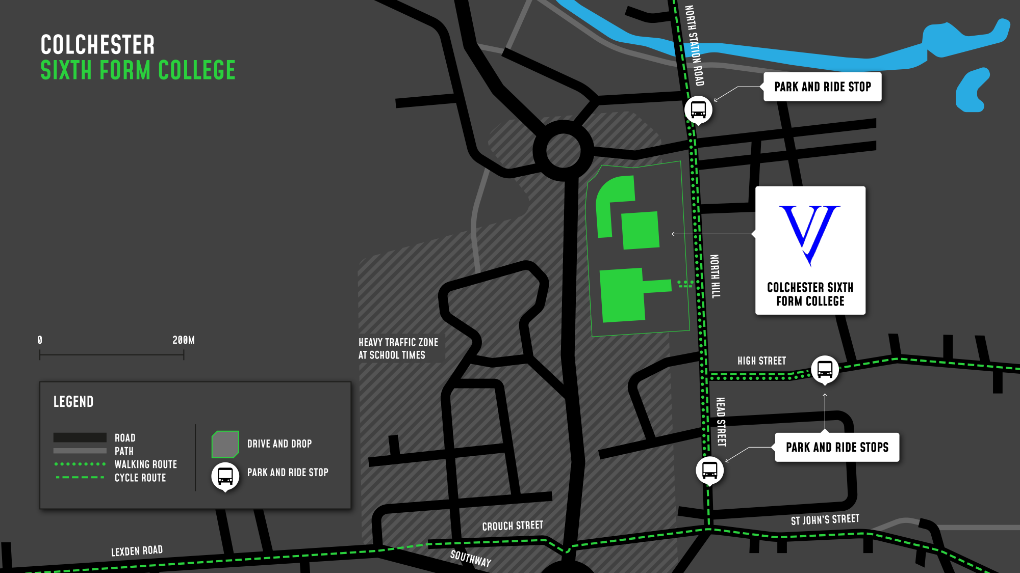 Getting to and from Colchester Sixth Form College

There’s lots of footpaths around Colchester Sixth Form which means getting there by cycling and walking is easy. The college has nearby underpasses, which mean you don’t have to cross the busy main roads, plus the footbridge over Balkerne Hill.

The college is very close to plenty of cycle routes, with National Cycle Network route 1 passing along the high street about 100 metres from the front entrance. This links up with Colchester Town train station and the riverside cycleway, but also the off-road bridge over the busy Balkerne Hill provides good access to Hilly Fields nature reserve and the west of Colchester.

The college is a very short walk from many bus stops for buses coming into Colchester. North Hill and the High Street are right on its doorstep. Colchester bus station is less than half a mile’s walk through the centre of town, which is mostly pedestrianised.

The college is under a mile’s walk from the mainline Colchester station. This provides quick access via the main East Anglian line to places like Manningtree, Witham, Marks Tey and Kelvedon. Greater Anglia offer discounts on train travel for students at some schools, chat to staff about this.