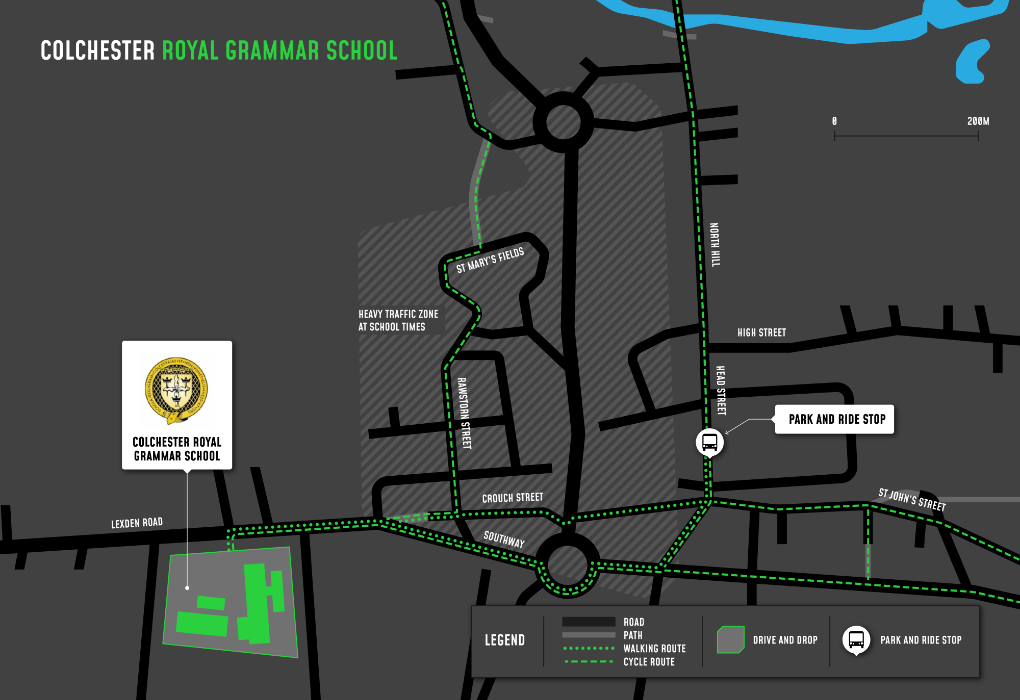 Getting to and from Colchester Royal Grammar School

The area around Colchester Royal Grammar School is quite well served by footpaths. It benefits from its proximity to the town centre and the infrastructure designed for access to that. It has pedestrian access from Lexden Road, but also from the roads on the south and east of the school, helping those walking to school to avoid the heaviest traffic.

Lexden Road, at the front of the school, is part of National Cycle Network route 1 into central Colchester, and other off-road routes through Hilly Fields nature reserve are available opposite the school entrance. The Colchester cycle map can show you other routes which may help.

Lexden Road and Maldon Road are both major bus routes into and out of central Colchester, and almost border the school to the north and south respectively. Stops on Lexden Road have waiting shelters and seats. Both routes link to villages just outside Colchester, like Marks Tey, Layer-de-la-Haye and beyond.

Colchester Royal is under a mile’s walk from Colchester Town train station, and less than a mile and a half from Colchester station. The latter provides quick access via the main East Anglian line to places like Manningtree, Witham, Clacton and Harwich-Dovercourt. Greater Anglia offer discounts on train travel for students at some schools, chat to staff about this.