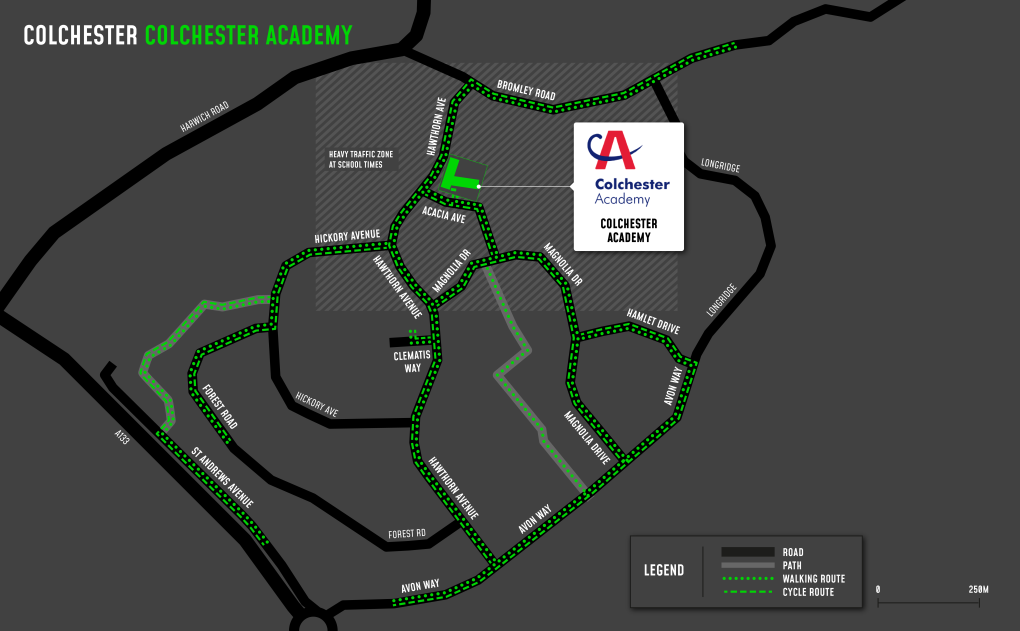 Getting to and from Colchester Academy

Colchester Academy is on a large estate near the edge of town. The residential areas around it have good pavements on both sides of the road. There’s a side entrance for walkers on the quieter Acacia Avenue and a zebra crossing right outside the front of the school on Hawthorn Avenue. There’s a further zebra on the busier Bromley Road a hundred metres or so away and an off-road footpath providing a short cut to Parsons Heath Road. Throughout the Greenstead estate there’s a wide network of footpaths.

The academy is lucky that both Bromley Road and Hawthorn Avenue, which flank the academy are part of the on-road cycle network in Colchester. There are also a number of off-road routes nearby, linking the school to the nearby suburbs. About a mile away is the off-road cycle path along the river, providing safe access to the town centre and the main Colchester station. All these routes and others are shown on the Colchester cycle map.

Plenty of bus services head right past the school, with stops immediately outside, and connect up to the rest of the Greenstead estate. Even more services, heading into Colchester town centre or the villages to the east, are found on Bromley Road, about 500 metres from the school entrance.