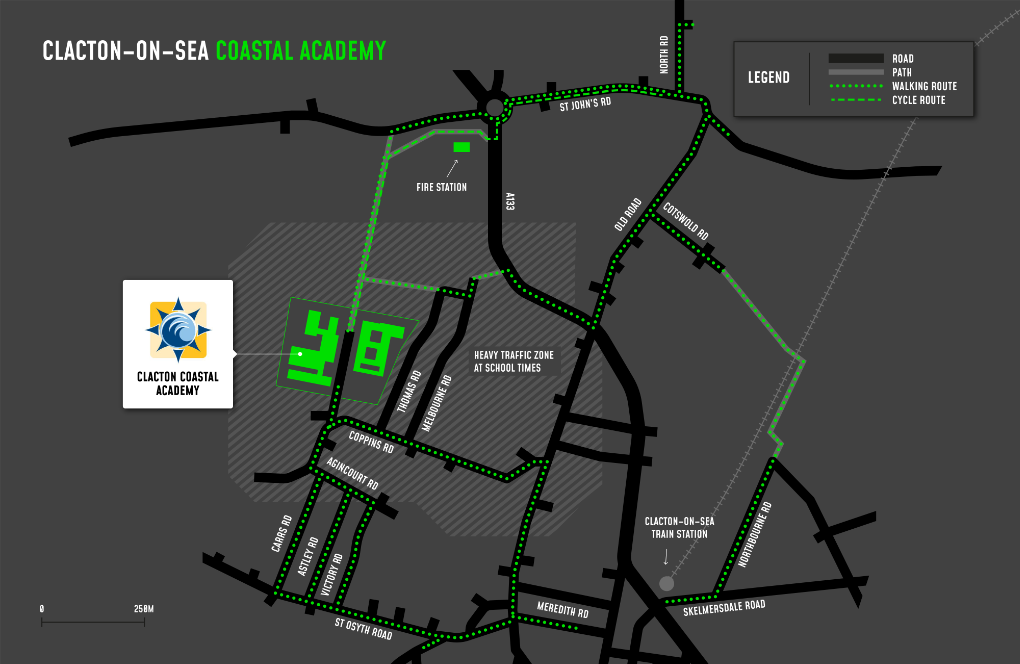 Getting to and from Clacton Coastal Academy

There’s lots of footpaths around the academy, a perfect way to dodge the traffic and take a short-cut. The nearby estate has pedestrian cut-throughs. There’s a well-lit footpath extending to the north of the school which connects directly to the housing estates in that direction.

The off-road footpath to the north of the academy also has a lane for cyclists, meaning those students coming from the north by bike get a massive short-cut. This path also runs straight past the local BMX track.

The academy is not far from the centre of Clacton, so lots of bus services pass nearby on their way into town. The bus stops at both St Osyth Road and Old Road are less than half a mile away.

The academy is under a mile from Clacton train station, which has regular services to Colchester, taking in Thorpe-le-Soken, Weeley and Great Bentley. Greater Anglia offer discounts on train travel for students at some schools, chat to staff about this.