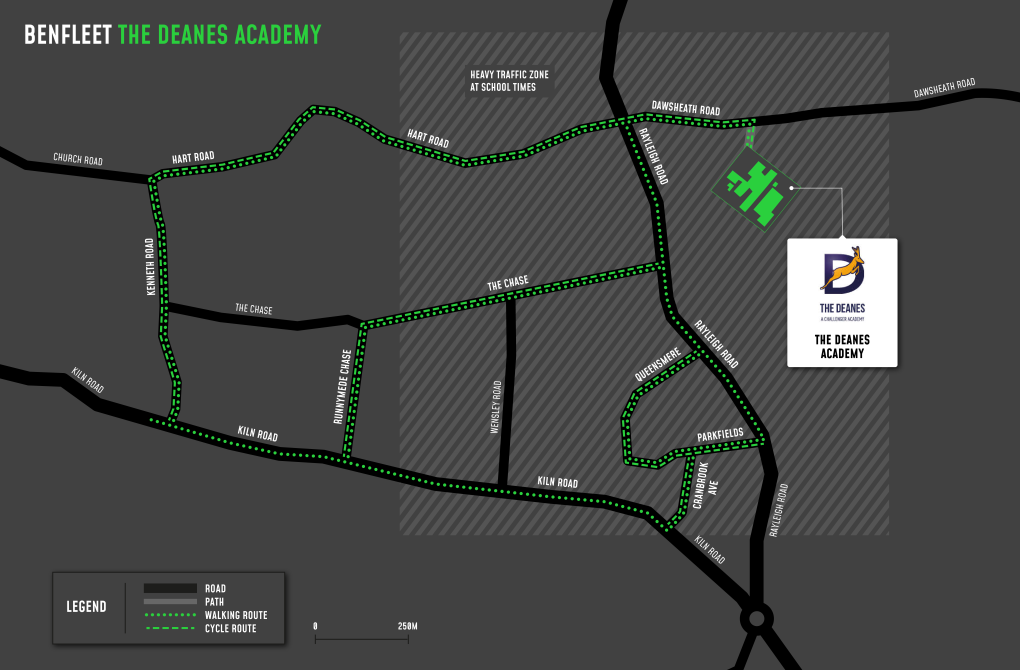 Getting to and from The Deanes

The Deanes is off Daws Heath Road, with wide pavements on both sides. Less than 400 metres from the school entrance is a zebra crossing, enabling safe walking across Daws Heath Road. There are plenty of footpaths cutting through the residential estates in Thundersley, Hadleigh and Benfleet.

The town has mostly long, straight roads which helps cyclists remain visible to everyone. There are zebra crossings on the busier roads providing safe crossings.

The Deanes is less than two miles from Hadleigh Park, which was the site for the 2012 Olympic mountain bike events. This provides the perfect opportunity for practising cycling skills.

The bus stops almost directly outside the school are for the number 3 service, which between Rayleigh and Southend, taking in Thundersley, Hadleigh and Leigh. There are plenty more services less than 400 metres away, in central Thundersley that travel to Benfleet, Canvey and Basildon.