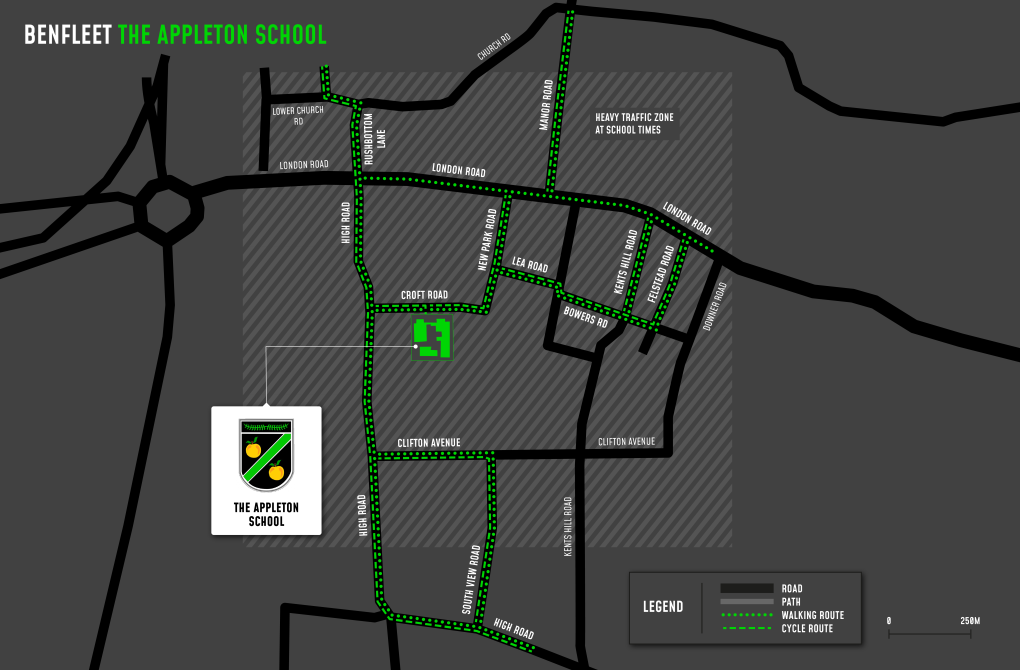 Getting to and from The Appleton School

The Appleton is on a fairly narrow residential road, so walking is the ideal way to travel to school and use the multiple entrance points on Croft Road. There’s a further off-road, tarmacked footpath down the north and east side of the school, meaning students walking from the far side of Benfleet have direct access which is not open to road traffic. On the way to Appleton, busier roads  like High Road and London Road have zebra and pelican crossings.

Cycling to school allows you to move quickly through the urban areas in Benfleet. The town has mostly long, straight roads helping cyclists remain visible to everyone. There are zebra and pelican crossings on the busier roads such as High Road and London Road.

The Appleton is only a couple of miles from Hadleigh Park, which was the site for the 2012 Olympic mountain bike events. This provides the perfect opportunity for practising your cycling skills.

Less than 500 metres in either direction are many bus services. On the High Road services go to Benfleet station and Canvey Island. On London Road the buses typically go between Basildon and Southend, taking in Hadleigh, Leigh and Westcliff.