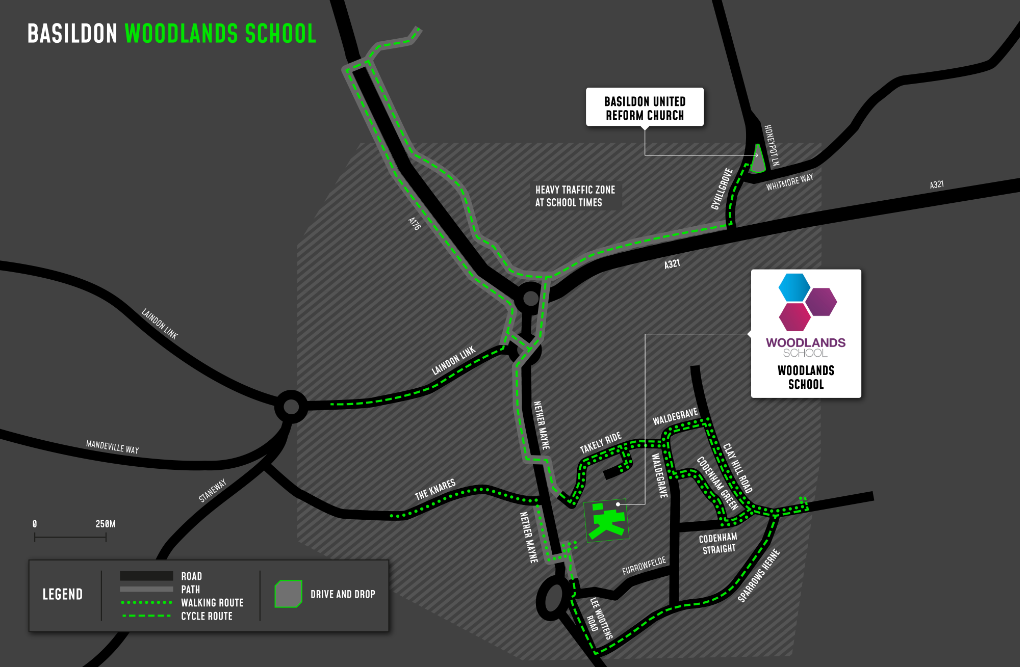 Getting to and from Woodlands School

Like most of Basildon, the area around the school is very well served by footpaths and short-cuts. Considering it’s on a main road, it’s fortunate to have footpaths approaching from both sides along the road. The road also has a wide pavement on the opposite side, and both a pelican crossing and a foot bridge crossing it near the school.

Basildon is well designed for cycling. The footpaths on either side of the school entrance and Nether Mayne are also cycle paths, which provides bike access from both north and south. The school is also very close to National Cycle Network route 13, a traffic-free route heading through Basildon from north to south. All route aspects of the network are shown on the Basildon cycle map.

Many bus services travel in both directions on Nether Mayne, with sheltered bus stops with seating on both sides. Woodlands School is also only half a mile from the main bus station in Basildon, with many bus services connecting to the local area and beyond..

Woodlands is less than half a mile walk from Basildon train station, which provides quick connections to other stations in the Basildon area, like Laindon and Pitsea, and onwards to either London or Southend. C2C trains, who operate the line, offer a term time Smart Student season ticket offer, for those students aged 16+.