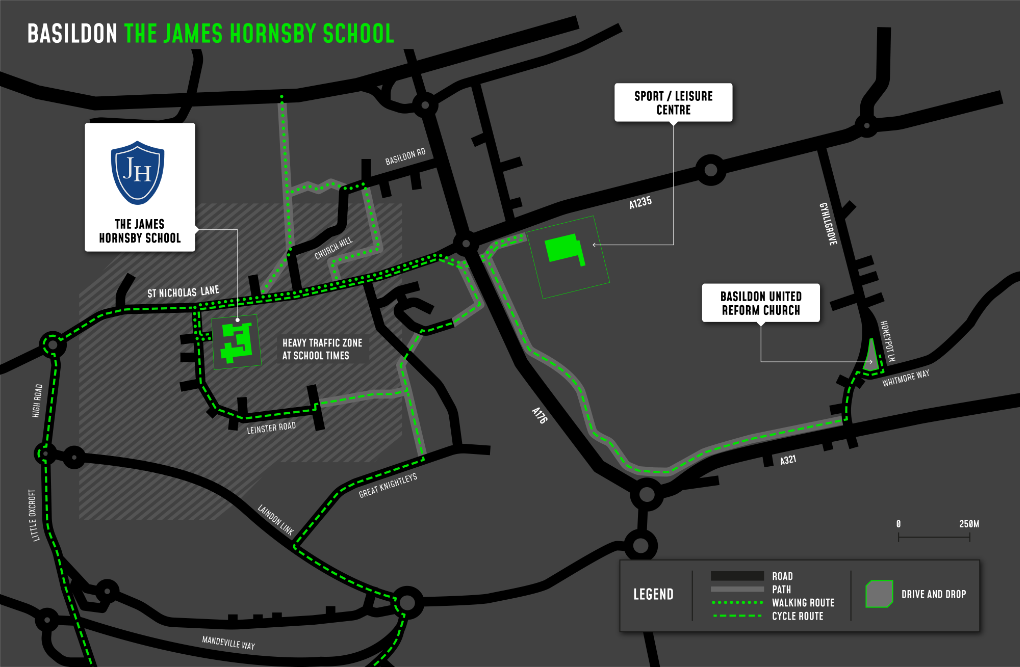 Getting to and from The James Hornsby School

The school is very well served by footpaths and short-cuts. The estates near the school are full of footpaths cutting through them, and the two roads along the sides of the site have pavements on either side and pelican crossings. A few hundred metres away is a pedestrian bridge, allowing walkers to cross St Nicholas Lane safely.

Basildon is well designed for cycling. Alongside the school on St Nicholas Lane is an off-road cycle path, with a line separating it from the walking route. One of the neighbouring primary schools has a cycle path down one side, connecting James Hornsby School with plenty more residential areas.The speed bumps along Leinster Road have gullies on the edge, meaning cyclists don’t have to go over the bump. All these parts of the network are shown on the Basildon cycle map.

No buses travel along Leinster Road, but there are frequent buses into Basildon town centre from the bus station on St Nicholas Lane, right next to the school.