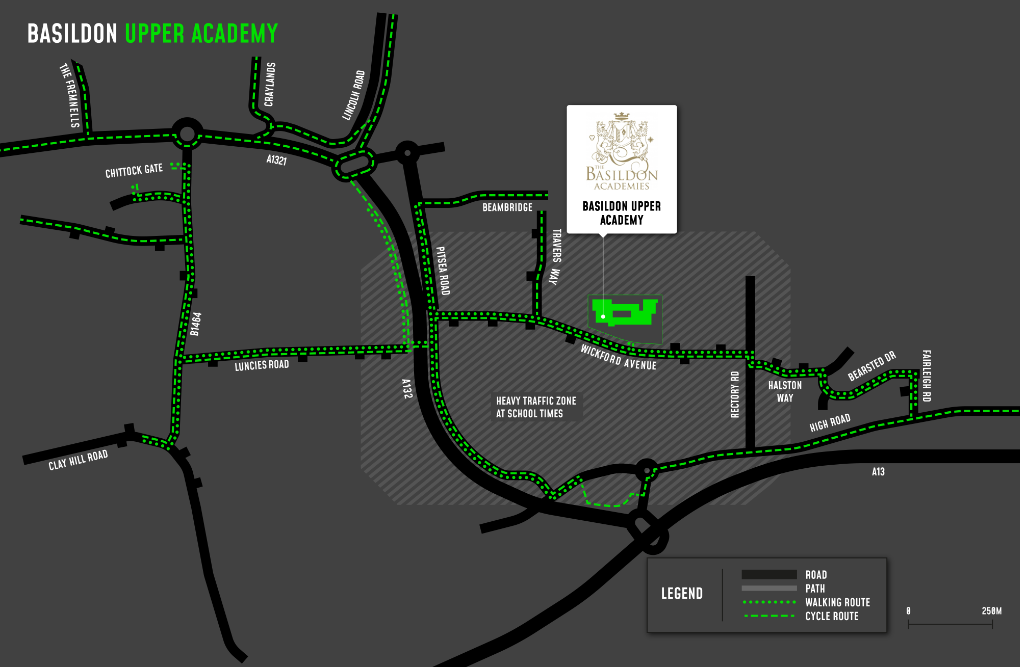 Getting to and from Basildon Upper Academy

The academy is very well served by footpaths and short-cuts. The estate surrounding the academy has a large number of footpaths, meaning you’ll always travel a shorter distance walking between two points than if you drove. A bit further afield, towards the town centre and the Lower Academy, there’s a bridge and an underpass to cross the busy St Mayne. There’s also a zebra crossing right outside the school on Wickford Avenue.

Basildon is well designed for cycling. The roads are fairly straight, providing good sight-lines. All the parts of the cycling network are shown on the Basildon cycle map.

Directly outside the front of the school are bus stops in both directions. Routes join the school and areas of Vange and Pitsea to the town centre. The stops both have raised kerbs to help with getting on and off.