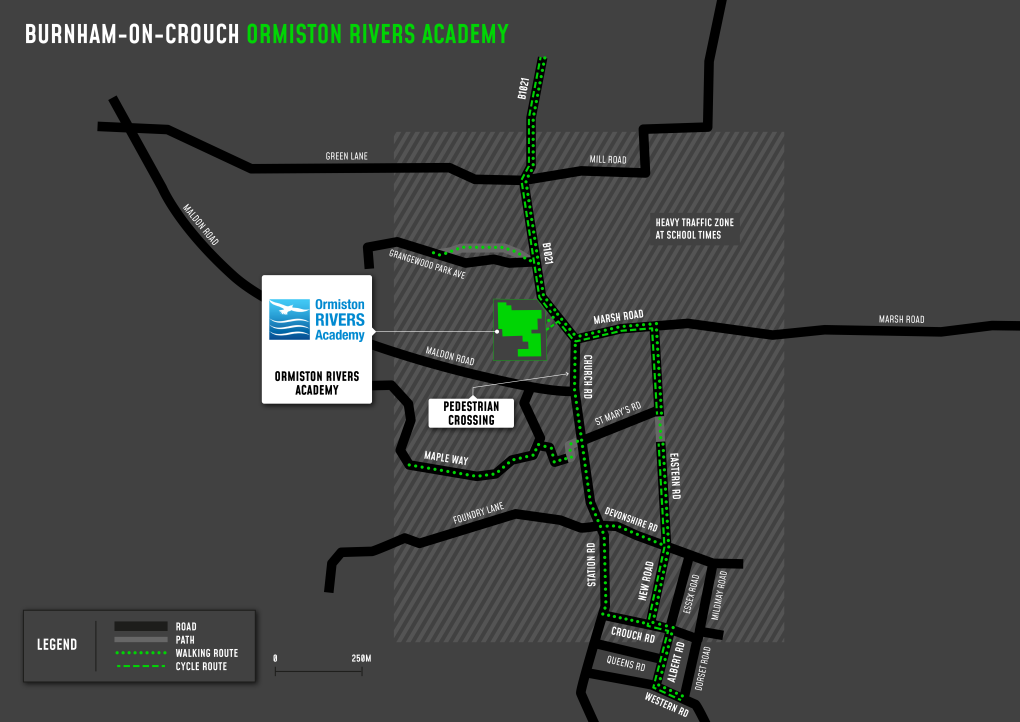 Getting to and from Ormiston Rivers Academy

Ormiston Rivers is right in the heart of Burnham-on-Crouch, which is not a very big town at all – it’s only just over a mile walk to any part of it. Added to that, there’s at least three entrances to the school for pedestrians, helping those walking in from both directions. The majority of residential areas in Burnham-on-Crouch, where many students live, have a good array of footpaths.

Cycling from Burnham-on-Crouch Station, about 400 metres away, there’s a cycle lane on one side of the road. The multiple entrances to the school are beneficial for cyclists.

The school is in between the two main roads into Burnham-on-Crouch. Both have stops which links to the nearby towns of Southminster and South Woodham Ferrers. There are bus stops directly outside the front of the school, both with raised kerbs to help getting on and off. In addition, along the Maldon Road is the school’s own off-road bus layby, meaning those students who come by school bus are dropped off at the school.

Burnham-on-Crouch Station is 500 metres from the school, with pavements available all the way. The nearest stations on the line are Southminster in one direction, and Althorne and North Fambridge in the other direction, on the way to South Woodham Ferrers. Greater Anglia trains offer discounts for students at some schools.